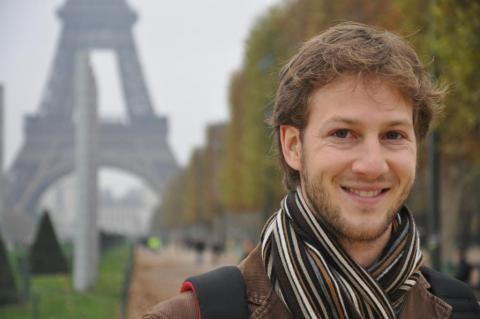 Lendert Gelens received a master's degree in electrotechnical engineering (major photonics), and in physics, both at the University of Brussels (VUB), in 2006. Later, in 2010, he received a joint Ph.D. degree at the Applied Physics research group at VUB, Belgium, and at the Universitat de les Illes Balears (UIB, IFISC institute), Spain, on the subject of nonlinear dynamics in photonic systems, studying generic models for semiconductor ring lasers and pattern formation. During this period he also worked at the physics department of the University of California, Berkeley, USA. He received the Barco-FWO award for his Master thesis work, and he was awarded a fellowship of the Research-Foundation Flanders (FWO-Vlaanderen), the Alcatel-Lucent Bell - FWO award, and the IEEE Photonics Society award for his Ph.D. work.

Afterwards, he obtained a postdoctoral fellowship from the FWO-Vlaanderen, from the Belgian American Educational Foundation (BAEF), and from the European Union in the Marie Sklodowska-Curie Action (MSCA). As a postdoctoral researcher, he moved more towards the field of biology, where he worked in the Ferrell lab at the department of Chemical and Systems Biology of Stanford University, USA, studying the spatial and temporal coordination of the early cell cycle in Xenopus laevis frog embryos. Since 2015, he leads the research lab "Dynamics in Biological Systems (DiBS)" at the department of Cellular and Molecular Medicine at the University of Leuven (KU Leuven), Belgium. For more information, see his LinkedIn and Google Scholar profile.