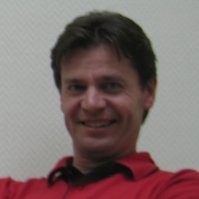 We study the behaviour of cells outside the Earth’s biosphere (i.e. in the International Space Station). Space technology provides the opportunity to expose cells intentionally to the harsh external environment or selected parameters of it. Space is a unique environment to perform scientific experiments. Microgravity perturbs the behaviour of microorganisms and mammalian cells, which results in specific responses that can lead to new insights. These new findings can then help further research on Earth.

We focus our mechanobiology research on Saccharomyces cerevisiae (brewer’s yeast), and since recently also on bone cells (osteoblasts).

Research is focussed on scanning probe methods (Atomic Force Microscopy, Dip-Pen Nanolithography) to measure and manipulate individual biomolecules, i.e. investigate biomolecule interactions such as protein-DNA, protein lipid bilayers, protein-protein, protein-carbohydrate, and protein-biomaterial interactions; and high-resolution fluorescence microscopy to study single-molecules in living cells. Included in the approach is the design and construction of microfluidic chips to study single-molecule/cells. On the long term, the integration of both single-molecule techniques to investigate interaction on and in living cells is envisaged.

Saccharomyces cerevisiae is a powerful model eukaryote organism not only for space research, but also as a valuable model for the understanding of basic cellular mechanisms, such as DNA replication, cell division, protein folding, intracellular transport, and metabolism. All these processes are well conserved between S. cerevisiae and higher eukaryotes, including mammals. It was the first eukaryotic genome that was fully sequenced, and is extensively annotated in several genomic and proteomic databases, which contain detailed gene expression profiles, known protein-protein interactions, and predicted ortologs in other organisms. It can also serve as a good model for human cells since the yeast S. cerevisiae is a eukaryote. Additionally, S. cerevisiae and related industrials yeasts are the key organisms of many industrial fermentation processes. The research is currently focussed on cell focculation and to the adaptation and evolution of yeasts to stress conditions, the development of special cultivation systems and the mathematical modelling of yeast growth and network modelling to characterise its physiological behaviour.

A second research topic in this section is focussed on host-pathogen interaction of Candida albicans and Candida glabrata. We are studying the adhesins that are involved in the first step of adhesion of these yeasts to human cells, and are developing novel yeast adhesin - glycan interaction network strategies.