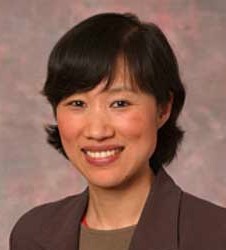 Diffusive gradients in thin-films (DGT) quantitatively measures metals in soils, sediments and water by continuously accumulating them in a binding layer after they have passed through a well-defined gel diffusion layer. Although it is more than 20 years since DGT was developed, the strengths and applications of this unique technique for assessing dynamic characteristics of trace metals are only now being appreciated. From its first use for the measurement of trace metals in seawater, it quickly developed as a tool for measuring a wide range of both cationic and anionic metals, including As, in natural waters. Use in monitoring was greatly facilitated by its simplicity and the ease with which it can be deployed in situ. DGT perturbs the solution equilibria and therefore provides information on the dynamics of chemical speciation. It has provided the first in situ measurements of the rates of complex dissociation in natural waters. The deployment of DGT in soils and sediments, has broken new ground in providing both thermodynamic and kinetic information on the partition of metals between solution and solid phase. The understanding of the interactions of DGT in complex solution and in soils and sediments has been greatly aided by the development of dynamic models which have allowed visualisation of the processes occurring in both the device and the surrounding media. As DGT automatically collects information in 2 dimensions, if analysis is undertaken in 2-D, a visual image of the solute fluxes is obtained. This feature has been used to uncover a previously unrealised solute structure in sediments, which occurs on a small scale in 2-D, due to the microniche activity of micro-organisms. This year we have published for the first time sub-mm 2-D images of As and Pb being mobilised at the roots of rice. When organisms take up metals, they are removed from the surrounding medium. Similarly, DGT actively removes metal from its deployment medium, and so if the rates of uptake are similar, DGT mimics metal uptake by biota. In fact, DGT measures the metal which is potentially bioavailable. It is proving to be exceptionally good at measuring metal which is bioavailable to plants. DGT is in fact an holistic measurement. Rather than measuring metal in a single compartment, it measures the metal which is relevant to plant uptake. With these features, DGT has great potential for use as a risk-based monitoring tool in waters, sediments and soils.